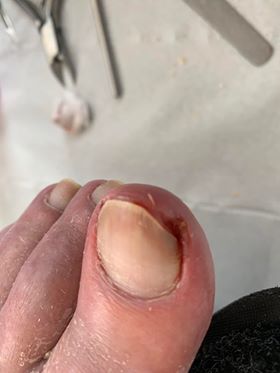 Different conditions require different amounts of care and treatment in order to be properly managed. Diabetes is a condition that falls towards the more-demanding end of the spectrum, with things like diet, glucose levels, and insulin injections needing to be tracked and monitored on a near-constant basis. But there are many more than just these three examples that people living with diabetes need to be aware of, and it is all too easy for people to become weary and let their attention wane.

One of the main reasons that diabetes can be such a difficult condition to stay on top of is that it can affect so many different parts of your body in various ways. The most obvious risks are things such as such as high blood pressure, and an increased risk of heart attack or stroke, although there are also issues that are less well known, but every bit as serious, such as eye problems like cataracts or glaucoma, and even kidney failure. But perhaps the most well-known risk of diabetes is that of the risk to our feet.

It is not uncommon to see the media link diabetes with an amputated foot, and if you have a reasonable understanding of human biology, you may think that this is because of poor circulation, which could be true. Improperly managed diabetes will have negative effects on the blood flow, which means the likes of cuts and infections will heal more slowly. The reason the feet are particularly vulnerable to this issue, known as peripheral vasculat disease is that they are the farthest body part from the heart, and their low position means the circulatory system has to work against gravity in order to do its job effectively.

Another possible reason that the feet can become damaged is diabetic neuropathy which is when the nerves become damaged because of consistently high glucose levels. Damaged nerves means you will have less control over our feet, which makes you more vulnerable to sustaining injuries such as cuts, sprains, or falls. It also means that the sensation in our feet is reduced, making it harder to feel things like heat, and easier to miss things such as a cut or an ulcer, which could lead to an infection if not treated.

When it comes to their feet, the biggest risk to a person with diabetes is that a small problem will balloon into one that is much bigger. Reduced sensation and the fact that our feet are often covered means it can be easy to overlook issues such as a small cut. But since the feet are already more vulnerable and harder to heal, it is all the more important that people who have diabetes conduct regular self-examinations, testing their sensation and noting any changes to the appearance of their feet.

At times, it can be exhausting to try and stay on top of of so many different things at once, especially if you check your feet every day and never see any issues. But diabetes is a lifelong condition, and it only takes one unidentified issue for things to get a lot harder, so by getting into the habit of devoting time and attention to your feet, you can avoid much bigger complications down the line.